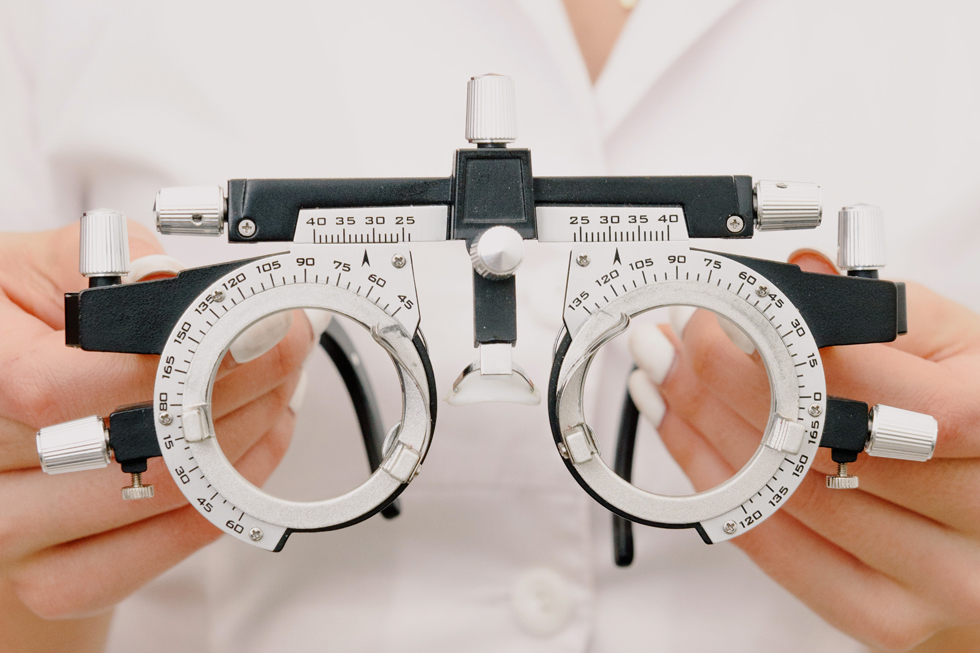 Drawing heavily upon nature for inspiration, a team of researchers has created a new artificial lens that is nearly identical to the natural lens of the human eye. This innovative lens, which is made up of thousands of nanoscale polymer layers, may one day provide a more natural performance in implantable lenses to replace damaged or diseased human eye lenses, as well as consumer vision products; it also may lead to superior ground and aerial surveillance technology.

The fundamental technology behind this new lens is called “GRIN” or gradient refractive index optics. In GRIN, light gets bent, or refracted, by varying degrees as it passes through a lens or other transparent material. This is in contrast to traditional lenses, like those found in optical telescopes and microscopes, which use their surface shape or single index of refraction to bend light one way or another.

“The human eye is a GRIN lens,” said Michael Ponting, polymer scientist and president of PolymerPlus, an Ohio-based Case Western Reserve spinoff launched in 2010. “As light passes from the front of the human eye lens to the back, light rays are refracted by varying degrees. It’s a very efficient means of controlling the pathway of light without relying on complicated optics, and one that we attempted to mimic.”

The first steps along this line were taken by other researchers1, 2 and resulted in a lens design for an aging human eye, but the technology did not exist to replicate the gradual evolution of refraction.

The research team’s new approach was to follow nature’s example and build a lens by stacking thousands and thousands of nanoscale layers, each with slightly different optical properties, to produce a lens that gradually varies its refractive index, which adjusts the refractive properties of the polymer.

“Applying naturally occurring material architectures, similar to those found in the layers of butterfly wing scales, human tendons, and even in the human eye, to multilayered plastic systems has enabled discoveries and products with enhanced mechanical strength, novel reflective properties, and optics with enhanced power,” explains Ponting.

To make the layers for the lens, the team used a multilayer-film coextrusion technique (a common method used to produce multilayer structures). This fabrication technique allows each layer to have a unique refractive index that can then be laminated and shaped into GRIN optics.

It also provides the freedom to stack any combination of the unique refractive index nanolayered films. This is extremely significant and enabled the fabrication of GRIN optics previously unattainable through other fabrication techniques.

GRIN optics may find use in miniaturized medical imaging devices or implantable lenses. “A copy of the human eye lens is a first step toward demonstrating the capabilities, eventual biocompatible and possibly deformable material systems necessary to improve the current technology used in optical implants,” Ponting says.

Current generation intraocular replacement lenses, like those used to treat cataracts, use their shape to focus light to a precise prescription, much like contacts or eye glasses. Unfortunately, intraocular lenses never achieve the same performance of natural lenses because they lack the ability to incrementally change the refraction of light. This single-refraction replacement lens can create aberrations and other unwanted optical effects.

And the added power of GRIN also enables optical systems with fewer components, which is important for consumer vision products and ground- and aerial-based military surveillance products.