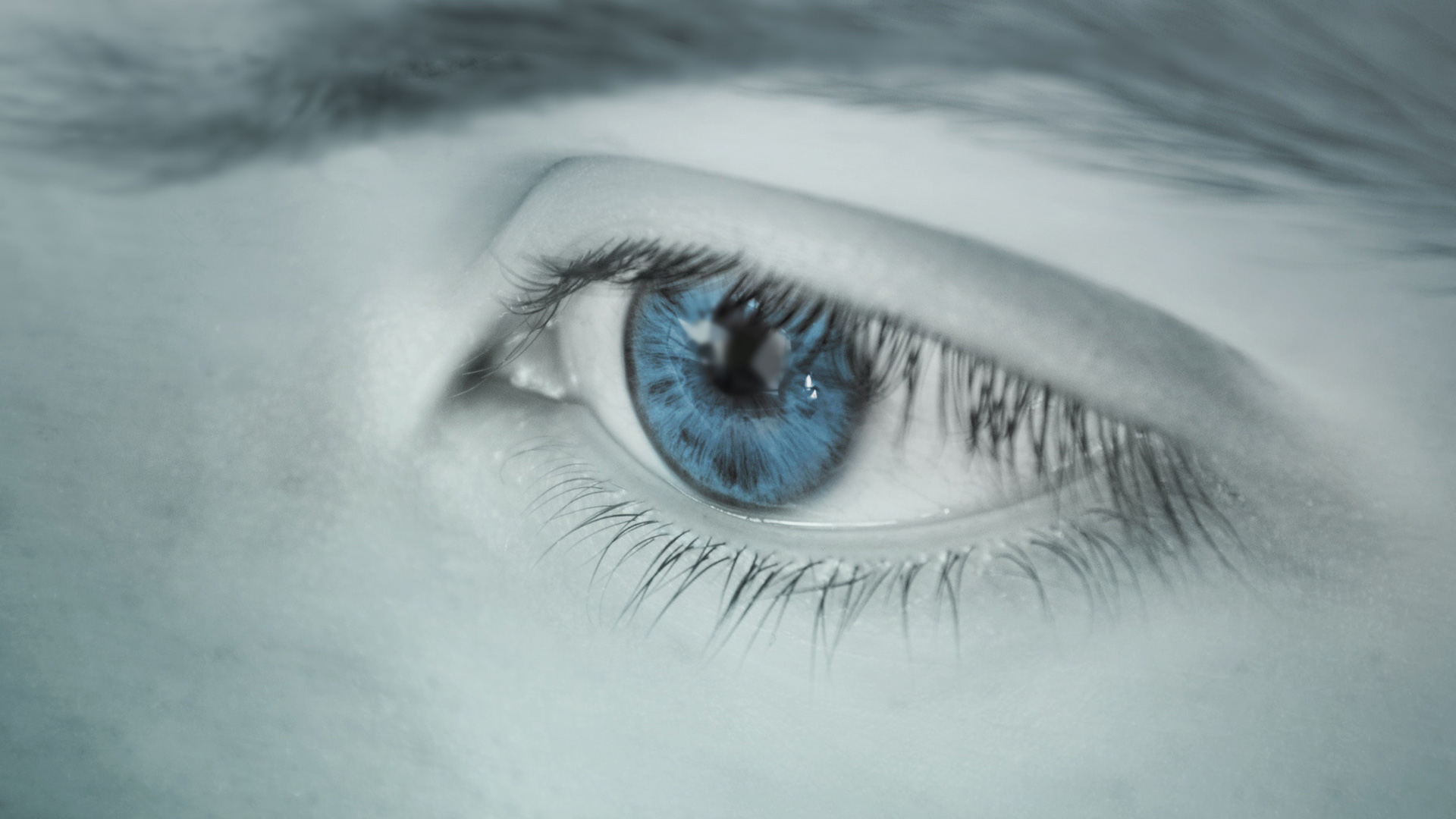 The tough, outermost layer of the eye is called the sclera. It maintains the shape of the eye. The front sixth of this layer is clear and is called the cornea. All light must first pass through the cornea when it enters the eye. Attached to the sclera are themuscles that move the eye, called the extraocular muscles.

The iris has two muscles: The dilator muscle makes the iris smaller and therefore the pupil larger, allowing more light into the eye; the sphincter muscle makes the iris larger and the pupil smaller, allowing less light into the eye. Pupil size can change from 2 millimeters to 8 millimeters. This means that by changing the size of the pupil, the eye can change the amount of light that enters it by 30 times.

The retina contains a chemical called rhodopsin, or “visual purple.” This is the chemical that converts light into electrical impulses that the brain interprets as vision. The retinal nerve fibers collect at the back of the eye and form the optic nerve, which conducts the electrical impulses to the brain. The spot where the optic nerve and blood vessels exit the retina is called the optic disk. This area is a blind spot on the retina because there are no rods or cones at that location. However, you are not aware of this blind spot because each eye covers for the blind spot of the other eye.

When a doctor looks at the back of your eye through an ophthalmoscope, here’s the view:

Inside the eyeball there are two fluid-filled sections separated by the lens. The larger, back section contains a clear, gel-like material called vitreous humor. The smaller, front section contains a clear, watery material called aqueous humor. The aqueous humor is divided into two sections called the anterior chamber (in front of the iris) and the posterior chamber (behind the iris). The aqueous humor is produced in the ciliary body and is drained through the canal of Schlemm. When this drainage is blocked, a disease calledglaucoma can result.

The lens is a clear, bi-convex structure about 10 mm (0.4 inches) in diameter. The lens changes shape because it is attached to muscles in the ciliary body. The lens is used to fine-tune vision.

Covering the inside surface of the eyelids and sclera is a mucous membrane called the conjunctiva, which helps to keep the eye moist. An infection of this area is called conjunctivitis (also called pink eye).

The eye is unique in that it is able to move in many directions to maximize the field of vision, yet is protected from injury by a bony cavity called the orbital cavity. The eye is embedded in fat, which provides some cushioning. The eyelids protect the eye by blinking. This also keeps the surface of the eye moist by spreading tears over the eyes. Eyelashes and eyebrows protect the eye from particles that may injure it.

Tears are produced in the lacrimal glands, which are located above the outer segment of each eye. The tears eventually drain into the inner corner of the eye, into the lacrimal sac, then through the nasal duct and into the nose. That is why your nose runs when you cry.

There are six muscles attached to the sclera that control the movements of the eye. They are shown here: